My first client, Dhruv, came to me a few years back, taking a calculated risk in hiring a freelance writer. At the time, he was a vice president at a prominent New York financial institution. He told me he felt discouraged. In spite of having a stellar resume and gripping life experiences, he had not gotten any invitations from his b-schools of choice the previous year, despite paying a tidy sum of money to a well-respected U.S. admissions consulting firm. He said that I was his last best chance to improve his odds of admission.

One thing you should know about me is that I really relish a challenge. I had never edited college essays before, except my own of course, and his challenge was exceptionally intriguing. Besides, Dhruv was from India, a country that holds deep fascination for me.

“I can do it,” I told him, confidently. He hedged his bets and signed on with me.

We embarked on the back-and-forth editing process together. Things got a bit messy at times, but that was all part of the fun. Dhruv sounded surprised by my advice to him.

“Why would I not include a thesis statement?” he asked, for example, and “Why do you need all of these personal details about my life?”

In the end he relented and became excited as his essays took form and so evidently improved. We quarreled at times – never seriously of course! – and each of us gave ground to the other’s ideas. This has since become the hallmark of my practice.

Dhruv got his essays off by the deadlines, and we both waited with baited breath. He emailed me as each result came in, and I cheered him on as he got not one, but three invitations to top b-schools!

Dear Dhruv… he’s been sending me referrals ever since. In fact, he and two of his friends who availed themselves of my services encouraged me to “go professional.” Each step of the way, they have cheered and encouraged me. I was thrilled when they agreed to serve as my business founders. I owe them a deep debt of gratitude.

Here they are, from left to right: Karthik and Pragnya Suresh, Akanksha Sharma and Dhruv Sethi

It was actually Karthik who inspired the MBA Essay Coach logo. During our essay editing process, I discovered that his favorite holiday was Holi. As an undergrad, he had once organized a big, successful Holi fundraiser at the K-Lounge in Mid-town Manhattan. We explored the meaning of Holi together as he gave details about its importance to him. He explained to me that Holi was the one occasion in the year that kings and paupers could pass one another unrecognized. Everyone was equal at Holi. He described the joyful way that celebrants threw colored paints at one another and partied until dawn beside bonfires. Do you see the significance now? The colors and the dance of life… a perfect pairing. 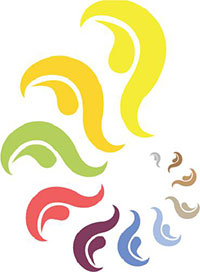 Colors rain down on us-Drenching the girl with the silken shawl.

Fortunately, a good drenching knocks us right off our pedestals.  And that’s what inspires my daily dance!

Helping clients discover that all good stories begin with a creative spark; that digging to describe their unique experiences yields rich rewards; that enjoying the journey matters far more than any possible destination.
To become a recognized thought leader in the graduate level admissions essay writing approach. Being a leader means I will be fully present for each client, hold them in equal esteem, and provide them my very best essay teaching and editing services.

I will always treat you with respect and dignity — giving you all of my attention when you speak and treating you like the unique and special individual you are. With me, the importance of building authentic and meaningful relationships always trumps any financial transaction. I am fully vested in your success. But if at any time you wish to seek a different consultant, that is okay, and we can part as friends. 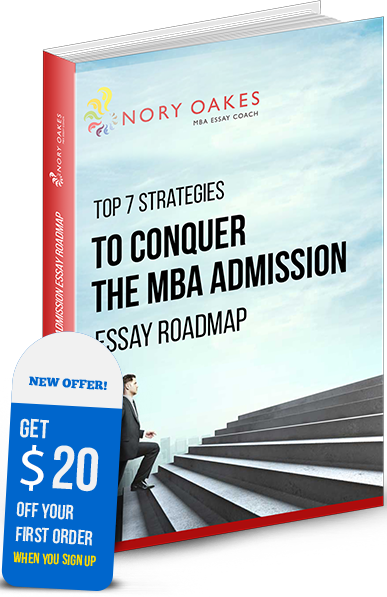 If you would like MBA Essay Coach to differentiate your MBA or graduate program admission essays from those of other hopeful elite university applicants, I can help you in a number of ways

Take advantage of our Free Resources.